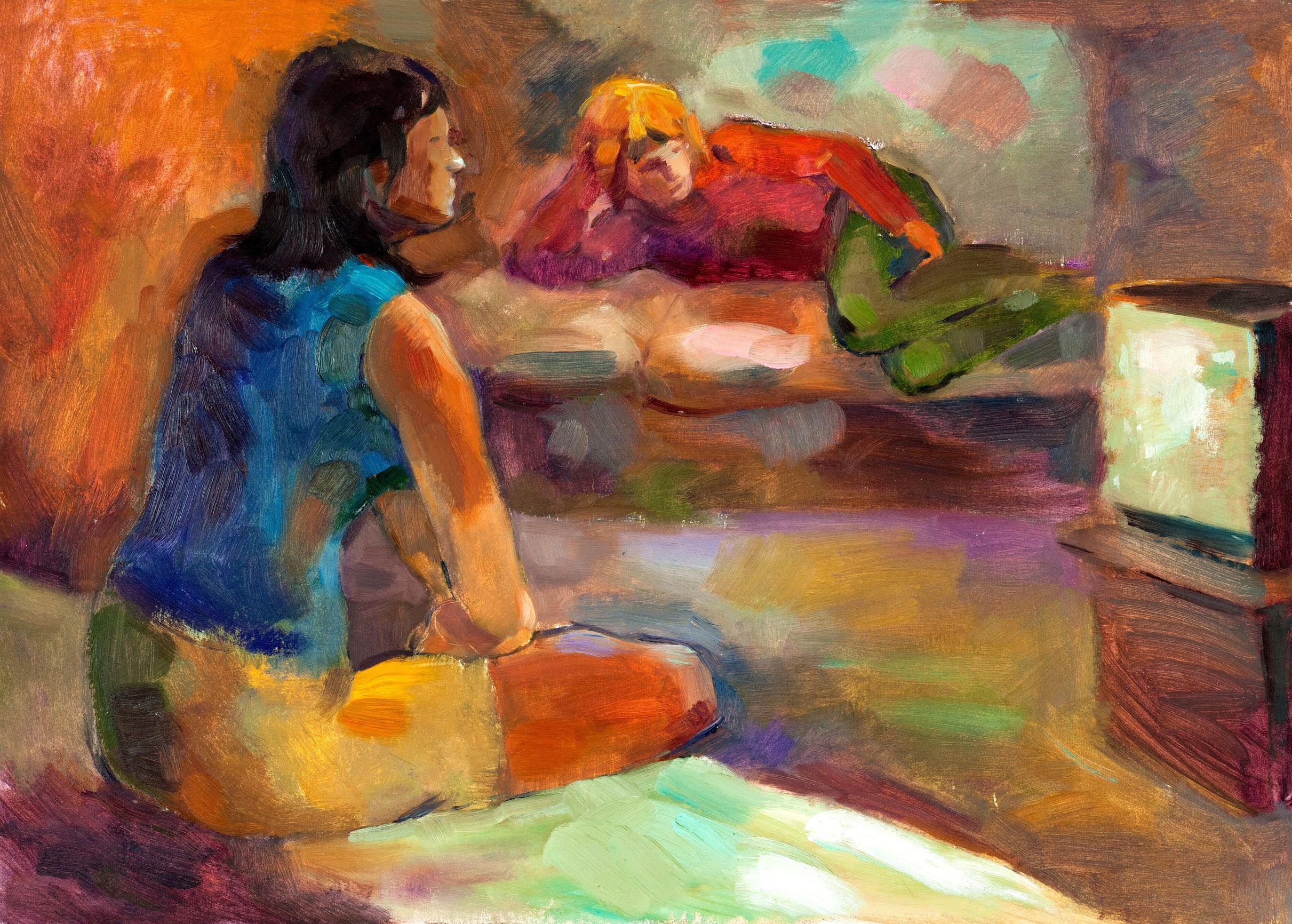 The voice of women, a voice once a muzzled murmur, is today a truculent roar, a chorus of feminists, celebrity divas, and female heads of business and state rallying millions toward change for all women — almost all women.  There is still one voice conspicuously absent, the sister who holds fast to traditional female roles of mother and wife.  We welcome that voice, the voice of the oldest profession known to women: the stay-at-home-mom.

Kaylee: I can say that there was nothing more empowering than having my first child.  I really did feel powerful with the whole process. I felt so feminine doing those things.  The birthing process was powerful; that to me was feminine.  I’ve never been a person who felt overly feminine.  I didn’t identify with the girly girly thing, but the experience of becoming a mother that’s when I really connected with the feminine side.

By my second child and all I’m doing all day is breastfeeding and watching Dora, and at the end of the day my husband comes home, and every day I say to myself, today I’m going to at least have a shower by the time he gets home, but no, it never happens, and that part of me just fizzles out.  When it was time to be a wife to my husband I was too drained.  I would be wearing the same clothes for days with baby puke all over me, I was crying all the time and just not feeling very feminine.  I just didn’t feel womanly.  I was doing the feminine things as a mom, but I didn’t feel feminine as a woman.

Society has trained women to define our femininity based on what we do for others. It’s what you do for your kids, what you do for your husband, and your community.  Your femininity is measured that way.  My truth is that my feminine had a surge when I started doing something for myself.  Going back to school was something I did for me.  I really struggled with leaving my girls at home for part of the day.  Mom guilt is a real thing.  There’s also the balance that was created when I was always home.  Now there was a very distinct division of labor in the home and when that shifted it was hard for everybody.  For moms, if you’re the one dropping the ball it just feels horrible.

Part of the reason I went back to school is I was struck with fear that one day I would wake up and the kids would be off on their own and I would be lost asking the question, who am I?  If I’m not making people lunches and washing their faces, then who am I?  If I wasn’t being just this mother then where do I fit?  It’s not that being the mother of my daughters is not enough, but there had to be room to add “also” in there.

I was one of those moms where there wasn’t going to be Barbies in our house, and definitely no pink.  Of course, we have all that.  I watch my daughters walk by the Victoria Secret wall at the mall and I want to scream when I see them looking and of course, they want to try on the walk, they’re feminine.  They’re girls, and that’s definitely fine, but on the other side I’m not telling them don’t hang upside-down on the monkey bars because you’re a lady.  One daughter used to be in a private school and wanted to wear pants.  It’s part of the school uniform that’s only allowed in the summer, but her thing was she wanted to hang upside down on the monkey bars and the school wouldn’t let her.  So the school is telling my daughter on one hand that she can be whatever she wants to be except you can’t wear pants to school in grade one.

I don’t have sons so maybe I’m overreaching, but my three little girls are so different from one another and carry energies of feminine and masculine so differently from each other. I see that this exists.  Yes, there is a lot of pressure on little girls with the magazines and the Barbie dolls, but that same pressure exists for little boys, if not more so.  We pay close attention to what girls have to go through or what girls are exposed to, but we don’t pay attention to the hyper-masculinity being bred into little boys, too.  When we do, that’s when I think everybody will be better off.